By Rishminder - August 03, 2015
One fine day we, a group of fountain pen enthusiasts Vaibhav, Tervinder, Rakshit, Sulagno, Pradeep, Prithwijit, Kapil and myself  were engaged in discussions to design a pen. The design was going through numerous iterations and me and a fellow fountain pen lover Sulagno liked one of the design prototypes very much. We approached ASA pens with the design and asked for help to make the design a reality. ASA pens took up the task and also procured the last pieces of a vintage acrylic material to be used to create the pen. Thus the ASA royal was born.

Appearance & Design– The pen is based on the evergreen and classy cigar shaped design. The barrel and section are flush with each other and follow a straight line which is only disturbed by the treads for the cap and a flare at the end of section to aid the grip. Apart from the exquisite design of gold coloured clip the pen has a very minimalistic design. It follows the philosophy "Simplicity is the ultimate sophistication"  and this worked very well in the pen's design. The simple yet elegant design makes the pen look very classy. The gold clip adds a subtle hint of royalty to it. The vintage royal blue coloured acrylic looks awesome. The colour of the pen is the reason why I have named the pen royal. The pen has very nice glossy finish. The handmade pens almost always have a character to them and this pen furthers this belief. If I had to give marks to pen for its design and appearance I would rate is 10/10 but since it’s a custom design I would not add this to the final score. 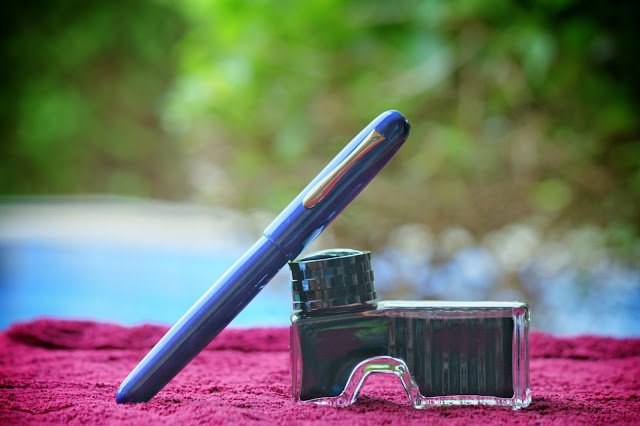 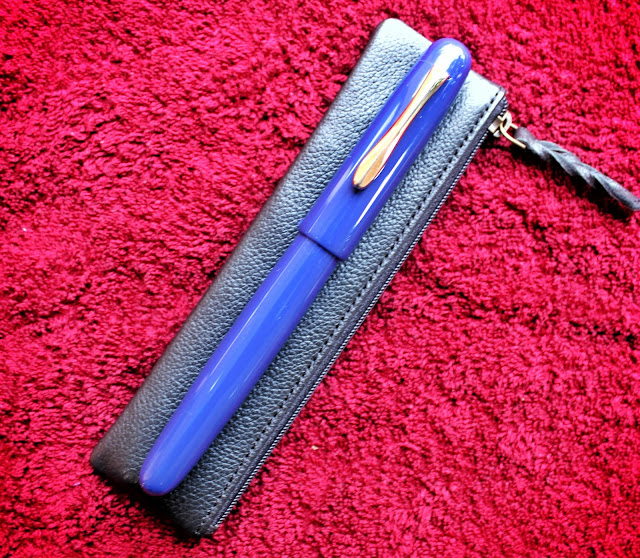 Construction & Quality– The construction of the pen is top class and there are no imperfections in the pen. As a result the pen is sheer beauty to look at.  The quality of the finish of the pen is awesome too. It’s polished very well and speaks well for the workmanship carried out on the pen. The vintage acrylic used makes the pen feel different than any other acrylic pen I have used and the felling is happy one. The cap and section screw on effortlessly and the threads are not sharp making it easy to hold. The clip is a just a bit too tight and needs a bit of effort to go over the jeans pocket, but then I am nit-picking here as it slips on to shirts and trousers almost effortlessly  Overall I am very impressed with the construction on quality of the pen. A springier clip would have made the score a perfect 10. Score 9/10 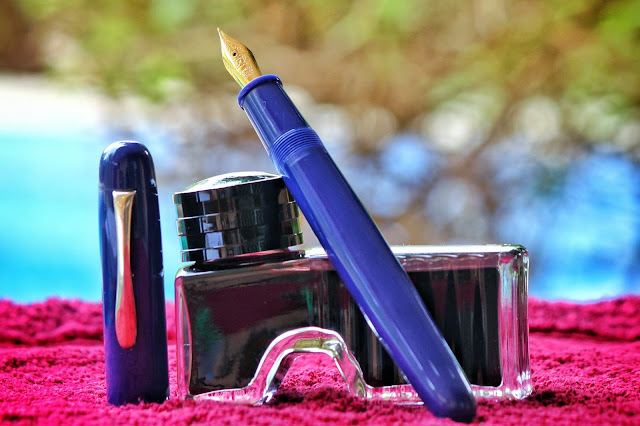 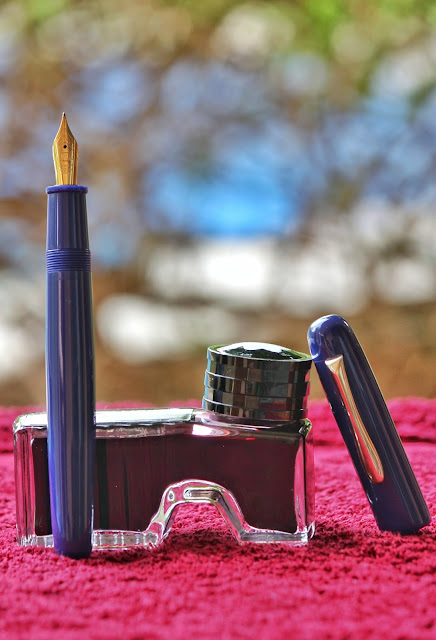 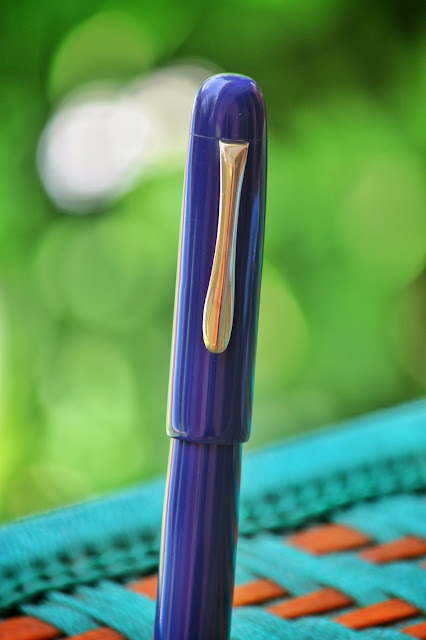 Dimensions – This is large a pen. It is 16cm 6.23") when capped, 14.5cm(5.71") uncapped and 18.8cm(7.4’’) when posted. For my relatively smaller sized hands (17cm from top of index finger to the base of hand) I prefer to use it  unposted. The section has a diameter of 12mm and its is very comfortable to hold The weight distribution of the pen also spot on and it’s easy to use the pen for long writing sessions at a stretch. You can see the size comparison with Italix Parsons Essential, Pilot MR, Lamy Safari, Lamy 2000, Jinhao X450 and Parker Vector in the pictures below. Though I wanted a large pen I would still prefer if the pen is a centimetre smaller in size to suit my hand size as after posting the pen becomes a bit too large for my hands. Overall it’s a large pen but still is very well balanced and easy to write with. Score 9/10 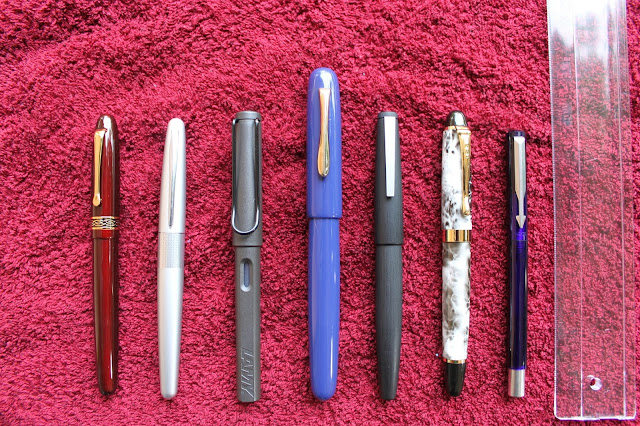 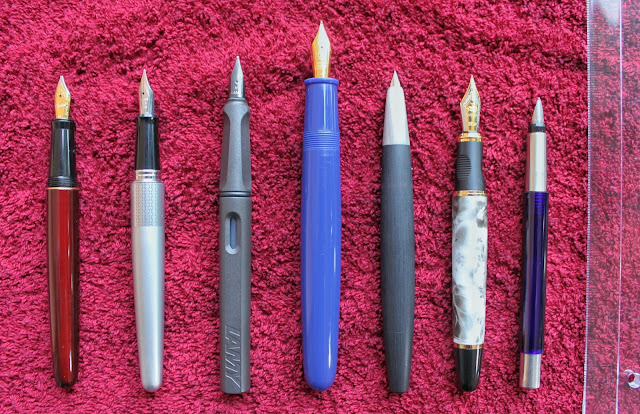 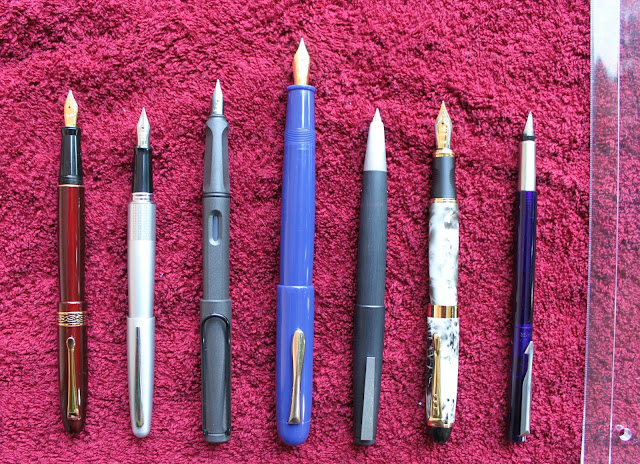 Nib & Performance–  I chose for the pen to be fitted with a gold coloured Medium grind No. 6 Schmidt Steel Nib unit. The nib is a very smooth writer and writes line width of around 0.5mm. The nib though not a flex one has a bit of give under pressure and gives line width of 1mm. The nib lays down a wet medium line. The nib is almost unusable in reverse writing as it’s scratchy as is the case with almost all Schmidt nib units. Overall the nib is smooth writer, laying down a consistent wet line. The nib writes well on all types of paper I have tried it on. The design is the standard No. 6 Schmidt nib design and it to my liking. Score 8.5/10 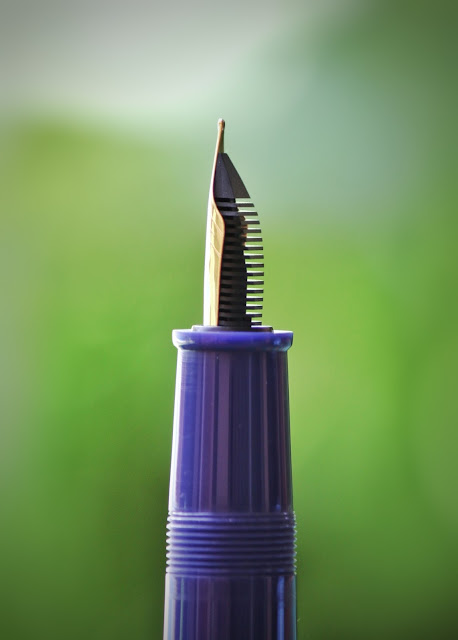 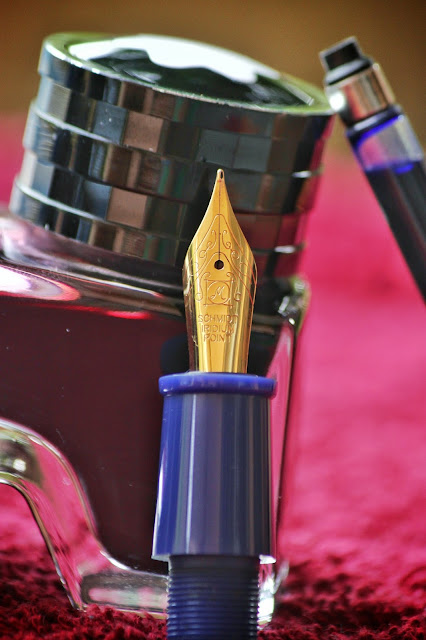 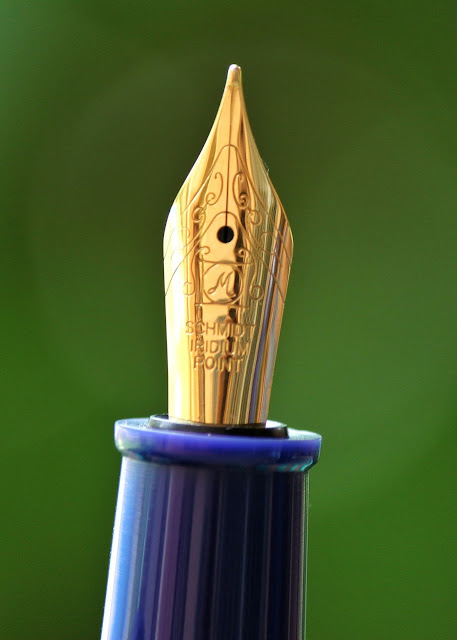 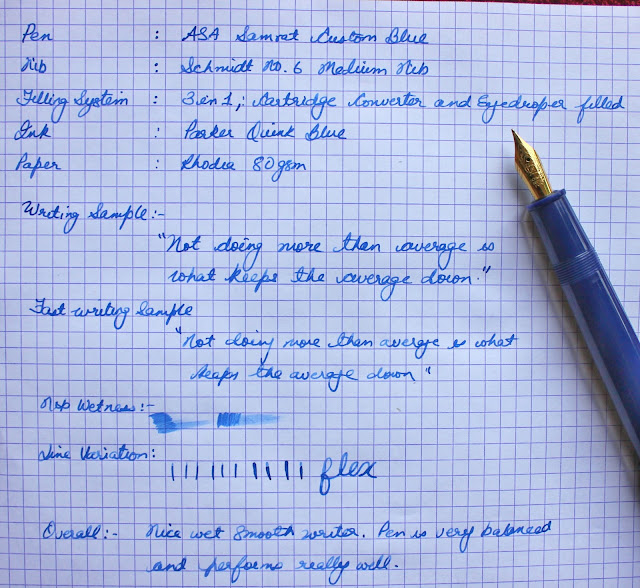 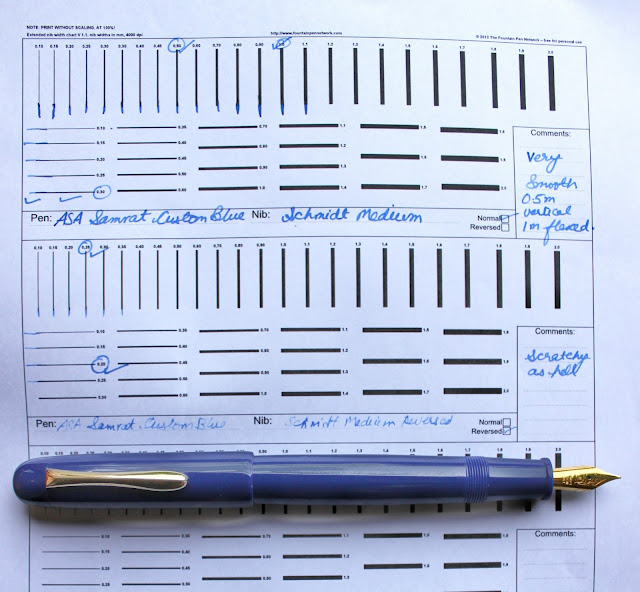 Filling System & Maintenance – This pen a 3 in 1 filler. Apart from being used with the standard Cartridges and converters the pen can also be used as an eyedropper. The pen holds 0.8ml of ink when used with a Schmidt converter and 5ml if eye dropped. The 3 in 1 filling system gives one the flexibility to use the pen in multiple scenarios and in use cases. While travelling via flight one can use the cartridges. For a heavy writer the eye dropper is perfect, and if you like to change inks very often the the converter suits you the best and this pen provides it all in one package. Cleaning and maintaining the pen is also pretty straight forward. Use the converter to flush the pen clean of ink. Score 9/10 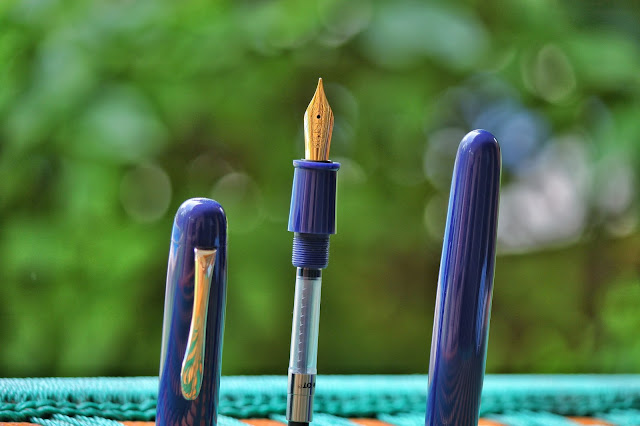 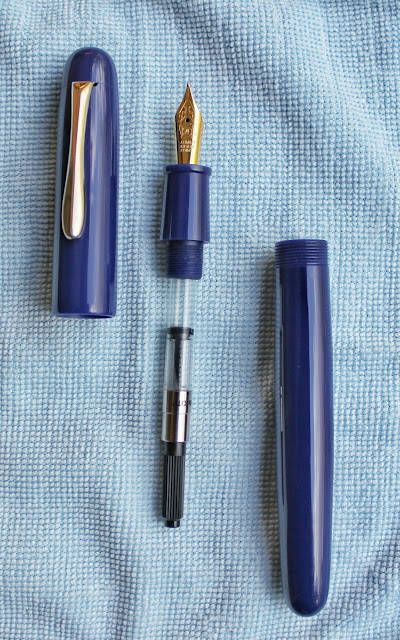 Cost & Value– As mentioned above this pen was a bespoke creation form ASA Pens. Compared to other custom pen makers the fees charged by ASA Pens was very reasonable. It was a steal for  a custom pen done with a vintage acrylic material. Objectively the pen provides a very good value for money. This leads to perfect 10 on the scores Score 10/10

Conclusion:This a very very special pen for me. There are a few reason for the same. It’s a pen made to exact specifications I asked for and hence a bespoke pen. The pen is made from a vintage acrylic material that is no longer available and only two such pens were made from it. This pen a precursor to an upcoming ASA model with which it shares some if its design aspects. All these and the fine workmanship, the 3 in 1 filling system and an awesome nib make this pen a prized possession. This pen is a regular in my EDC kit.